The TAWANI Foundation’s military arm, now the Pritzker Military Foundation, helped support The National WWII Museum’s launch of PT-305. PT-305 is the only fully restored combat-veteran WWII patrol-torpedo boat and is moored in a custom-designed boathouse that serves as a unique interactive floating museum. After a decade-long restoration, visitors have the opportunity to tour and ride the restored patrol-torpedo boat on her home waters of Lake Pontchartrain in New Orleans. PT-305 is now fulfilling a new mission: connecting today’s generations to the WWII story through direct, authentic experiences.

Before the creation of the Pritzker Military Foundation in 2017, the TAWANI Foundation supported the philanthropic military contributions of Colonel (IL) Jennifer N. Pritzker, IL ARNG (Retired), as well as promoted the mission of the Pritzker Military Museum & Library. The National WWII Museum aligns with missions of the Pritzker Museum & Library and the Foundation. Collaboration between the institutions helps educate audiences around the world about United States citizen soldiers, bring their stories to life and make important historical artifacts accessible to the public. 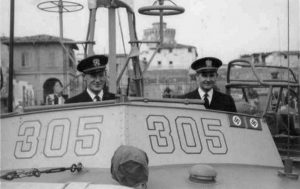 Ensign Bleeker Morse (left) and Lieutenant Junior Grade Allan Purdy on the bridge of PT-305 in Leghorn (Livorno), Italy, on March 16, 1945. The “kill plaques” on the chart house signify the two enemy craft sunk by PT-305 to that date. Gift of Joseph Brannan. Courtesy of The National WWII Museum.

Patrol torpedo boats were fast, heavily armed ships used for cutting enemy supply lines. The PT-305, known as the USS Sudden Jerk, was built in New Orleans by Higgins Industries in 1943. The PT-305 was part of a 12-ship squadron during World War II, serving from 1944 until the end of the war in 1945. During the war, the PT-305 sank three enemy ships and took part in two invasions. Post-service, the PT-305 underwent significant transformations as a tour boat, fishing charter and oyster boat. In 2007, The National WWII Museum acquired the torpedo boat and began the painstaking reconstruction to reclaim its original appearance.

In 2016, the historic patrol torpedo PT-305 was approaching the end of a multi-year restoration project. A long-term business plan was created to complete the restoration work, return the PT-305 to its waters of Lake Pontchartrain and build a boathouse that serves as a specialized museum exhibit for the public to learn first-hand about the history of the fastest US naval ship in World War II. Although fundraising resulted in $3.2 million in support, the Museum needed additional funds for the final stages of the project to accomplish the following: 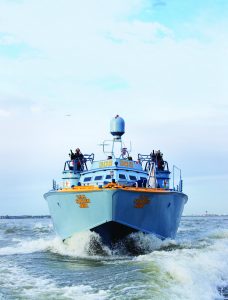 PT-305 rides again on its home waters of Lake Pontchartrain. Courtesy of The National WWII Museum.

A variety of donors gave money, parts, and services, including $200,000 toward the final stages of the project from the TAWANI Foundation. An estimated $3.5 million was put into the restoration, plus the value of 130,000 volunteer hours.

On March 25, 2017, a dedication ceremony returned PT-305 to Lake Pontchartrain, where it was tested by Higgins Industries more than 70 years ago. The public launch was the culmination of the Museum’s decade-long restoration effort, as well as more than 130,000 hours of work from over 200 dedicated volunteers.

On August 9, 2018, The USS Constitution Museum honored the PT-305 Restoration Team with the Don Turner Award, an annual award presented to those who have contributed to the preservation of important vessels or who have made significant contributions to the knowledge and understanding of ship design and construction.

The National WWII Museum now offers the public an opportunity to tour and ride the restored patrol-torpedo boat 305. Visitors have seen and felt the PT boat experience and learned about the service of the men who called this incredible vessel home. As of March 2019, the PT 305 had guest counts of: 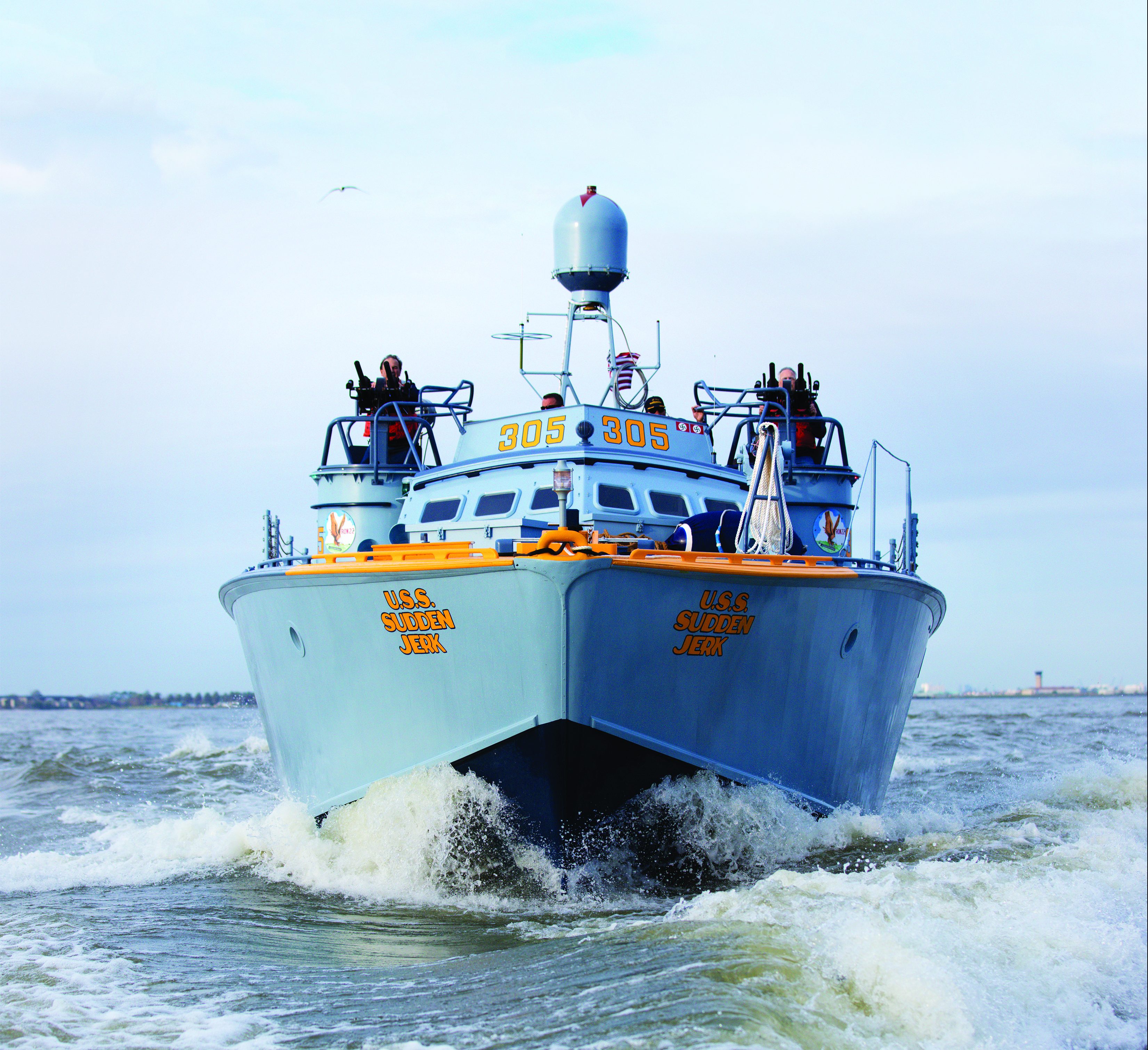