The Pritzker Military Foundation is driven by a passionate board of directors and team looking to make a difference. Led by founder, COL (IL) Jennifer N. Pritzker, IL ARNG (Retired), the foundation aims to fund organizations which provide services to active duty military, veterans and families of service members in all branches of the United Armed Forces. With a range of experience and wealth of knowledge the board of directors and team bring essential stewardship of the foundation’s mission.

Colonel (IL) Jennifer N. Pritzker, IL ARNG (Retired), President and Founder of the TAWANI Foundation, has been extensively involved in philanthropic work for over two decades, though her drive to help others and make an impact on communities around her was first instilled earlier in life by the examples set by her parents and other family members.

In 1974, Jennifer enlisted in the U.S. Army, serving until 1977 with the 82nd Airborne Division.  She commissioned in 1979 and served on active duty until 1985 with the 101st Airborne Division and VII Corps Germany.  From 1985 to 2001, she served in the U.S. Army Reserves and Illinois Army National Guard.  She retired with the rank of Lieutenant Colonel and subsequently received an honorary promotion to full Colonel in the Illinois Army National Guard. Read more. 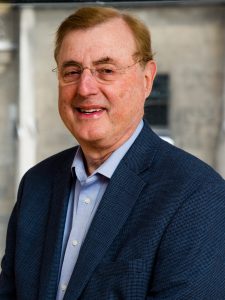 Lew Collens, President Emeritus of Illinois Institute of Technology, is a Senior Advisor to the attorneys and clients of Charles E. Dobrusin & Associates.  He was the university’s seventh president from 1990 to 2007.  Previously he served 16 years as dean of IIT’s Chicago-Kent College of Law.  Prior to joining the academic world he practiced law in Chicago and Washington, D.C. and co-founded Bar/Bri Educational Publishing Company. 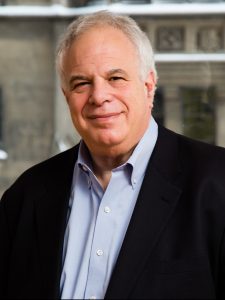 Charles E. Dobrusin is the founder of Charles E. Dobrusin & Associates Ltd., a Chicago law firm serving individuals and families in matters relating to the transfer and preservation of wealth. Charley has over 35 years of experience in the following aspects of trust and tax law:  values-based estate planning; strategic estate and charitable planning; advising and counseling executors, trustees and beneficiaries; resolution of disputes involving trust and estate matters; succession planning for family businesses; and the creation and representation of charitable organizations. 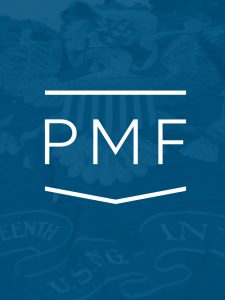 COL David Pelizzon is a retired U.S. Army officer who served almost 30 years on active duty in airborne and special operations units. Since his retirement from active duty in 2003, he has worked as a manufacturing executive in the U.S. and Asia. He is a graduate of the U.S. Military Academy and has advanced degrees from Harvard University and the U.S. Naval War College.

Mary Parthe joined TAWANI Enterprises Inc. in 2008 and currently serves the dual role of Chief Investment Officer and Chief of Staff. Mary started her career at Merrill Lynch and Co. in 1997 in the Private Wealth Division and eventually established her own book of business. Mary has completed the CFM, CFP, insurance license, and CIF programs throughout her career. Mary currently serves on the TAWANI Foundation Board as Secretary and has been a Board Member since 2012. Mary is very involved in everyday operations of TAWANI Enterprises Inc. and TAWANI Foundation, as well as the Pritzker Military Museum & Library.

Mary graduated from Triton Community College with an Associates of Science Degree and Northeastern Illinois University with a Bachelors of Finance Degree. Mary enjoys spending her time boxing and focusing on her Foundation, Jordan’s Corner, teaching special needs children fitness and boxing skills.

Susan Rifkin is the executive director of the TAWANI Foundation and Pritzker Military Foundation, the philanthropic arms of TAWANI Enterprises, Inc., where she is responsible for all day-to-day activities, programs, and grant-making. Before joining TAWANI Enterprises, Inc. inApril 2018, Rifkin served as Executive Director of the Lillian and Larry Goodman Foundations.  Rifkin has nearly 20 years’ experience in the non-profit sector, as well as an extensive background at Fortune 500 companies.

Ms. Cruz is the Program Manager of the Pritzker Military Foundation, having joined the organization in 2009.  She is primarily responsible for liaising with grant applicants and maintaining relationships with current grantees to ensure compliance, maintain records, and foster dialogue and partnerships.  Her prior experience includes work in private equity as well as affordable housing development.  Ms. Cruz holds a Bachelor’s Degree in Business Management and Marketing.

Most recently, Linda was a Nonprofit Grants Consultant for various non-profits throughout the Chicagoland area, including Glenkirk, the Jewish Federation of Metropolitan Chicago, and Search, Inc. She brings several years of experience in the entire process of allocating, tracking, monitoring grants, and working with grant recipients. Linda has extensive knowledge of nonprofits, having worked in both domestic and international nonprofits as well as for government and educational institutions

Ted Mosterd joined TAWANI in August 2015 as the Grants Coordinator and Office Manager. Ted is a seasoned professional with a masters degree from Governors State University. His multiple years of experience in a wide array of fields ranging in Education, Insurance, Health and Fitness, and Financial Services make him a perfect fit for the TAWANI Foundation.